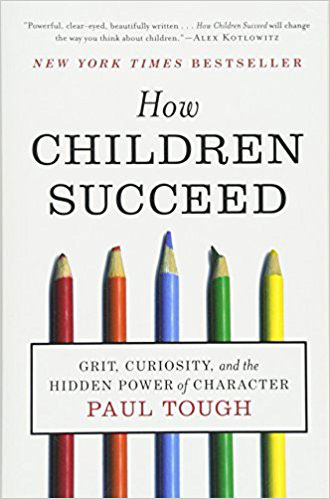 Review: I thought this book was fascinating and it made me think about a lot of aspects of childhood that I’ve never really considered before. It’s the sort of book that I would actually really like to read again at some point, because I think I’d get even more out of it the second time through. It really addresses society as a whole and spends a lot of time discussing children with difficult lives, growing up in poverty, in dangerous neighborhoods, and facing all sort of challenges.

While I would really like to make time to read this book again, I don’t think this book would be extraordinary useful to many people, unless they personally were dealing with children facing extreme adversity. The first chapter called How to Fail, talks a lot about what can go wrong in childhood, discussing not only concepts that I’m familiar with, like insecure attachment, but also the effect of stress on future development.

Based on studies, it makes the claim that the only real difference affecting the likelihood of success between middle class and poor children is the stress commonly found in families living in poverty. Essentially, children who have learned to live in a constant state of stress are permanently scarred and as a result, their executive function (effectively self-control) is reduced. Executive function, more than IQ or any other measure, is the best predictor of life success.

The second chapter, called How to Build Character, shows that having a strong character and working hard is just as important, if not more so, than being intelligent. Qualities that one should try to instill in children include grit, self-control, zest, social intelligence, gratitude, optimism, and curiosity.

Chapter 3, How to Think, uses a middle school chess team to show how important it is to examine one’s mistakes, reflect, have confidence, and understand what is entailed in order to improve oneself.

Chapter 4, How to Succeed, talks about successful programs that have helped kids who were unlikely to even attend college obtain college degrees. The last chapter, A Better Path, focuses mainly on education reform to help students at the lowest performing schools.

As I said, the book may not specifically help your individual child much, since they are unlikely dealing with the sort of hardship present in the lives of the kids that were the focus of this book. However, if you have an interest in social welfare as a whole, in improving the educational system, or even in child development in general, this is definitely a book worth reading. (Personal Rating: 9/10)