I was initially planning to cover all the major Ancient cultures this year with my son (at least Mesopotamia, Egypt, Greece, Rome, China, and the Aztecs). We’re using this history pocket workbook which I could not love more. However, I’ve now decided we’ll probably spread this over 1.5 to 2 years instead. We’re having too much fun learning about Egypt. I probably won’t go into as much depth with the other civilizations, but I had to make these Ancient Egyptian Mythology Cards covering the prominent gods and goddesses, because their belief in these mythological figures was such an important aspect of their culture. 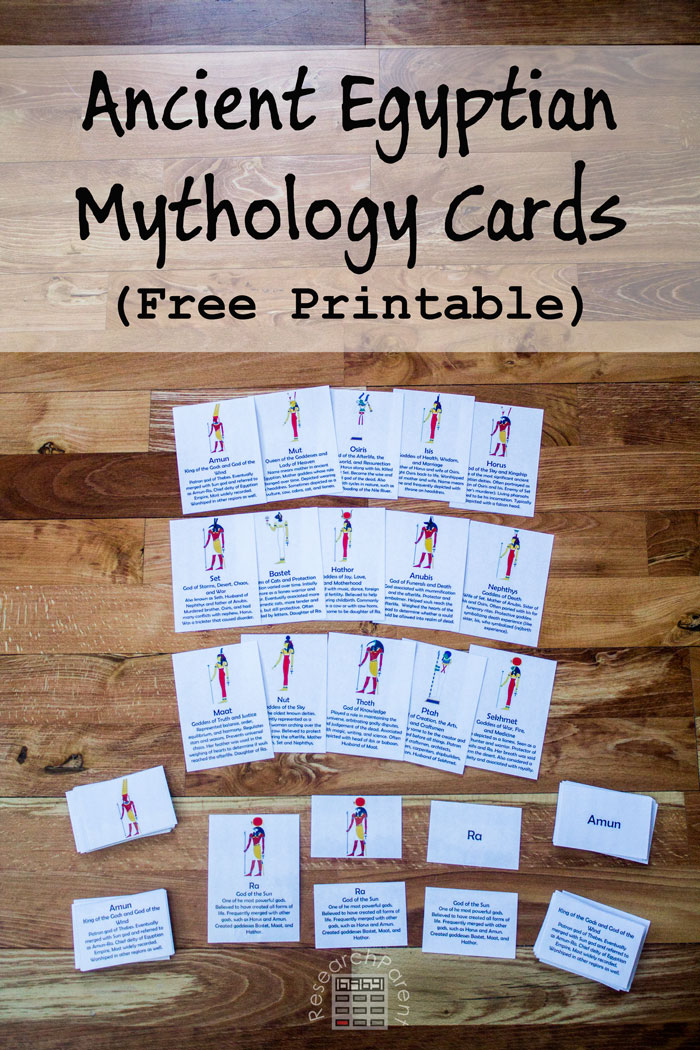 The full set includes 16 of the most well-known and important figures from Egyptian mythology. As with all of the cards on this site, I’ve made them Montessori-style, so that kids can easily test their knowledge by matching the split cards together. Control cards are provided so that they can check their work. The gods and goddesses featured in this set include: 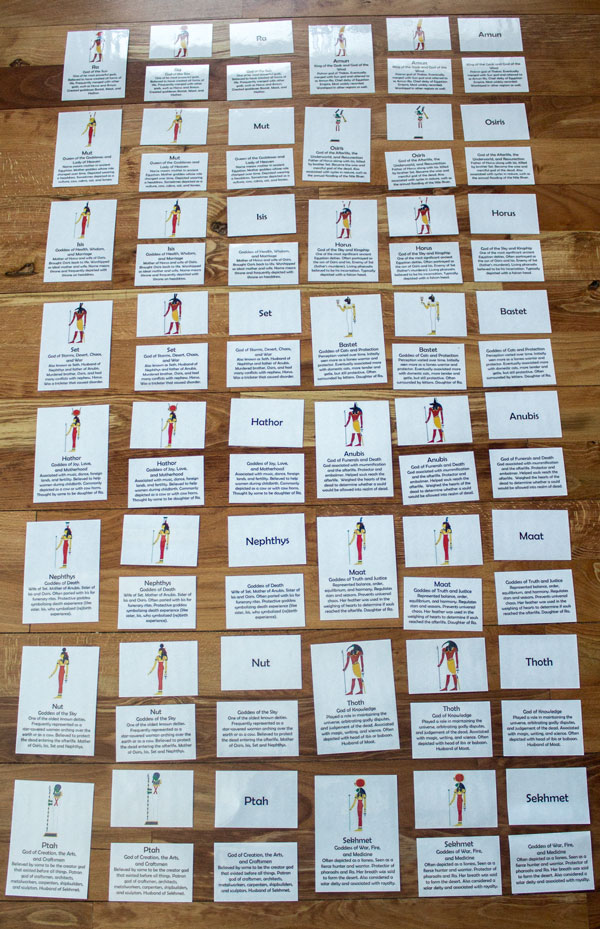 I’m not using all the cards presently with my 6 year old. (That would be too overwhelming, but if you know me at all, you know I like to be prepared.) Rather, we’re just using the gods and goddesses featured in Jim Weiss’s Egyptian Treasures audio cd. My kids LOVE Jim Weiss stories, especially the fairy tales. They usually color or draw while listening. However, the Egyptian cd was getting a little confusing with all the characters. I’ve used these cards to help my son keep straight Amun-Ra, Set, Osiris, Isis, Nephthys, and Horus so that he can better follow the stories.

Note that this post is part of a 4-part set on Ancient Egypt. The other posts in the set include:

See my Ancient History page for a list of posts on other cultures such as Mesopotamia, Greece, and Rome. Sign up for my newsletter to stay up-to-date as this list of free resources grows. 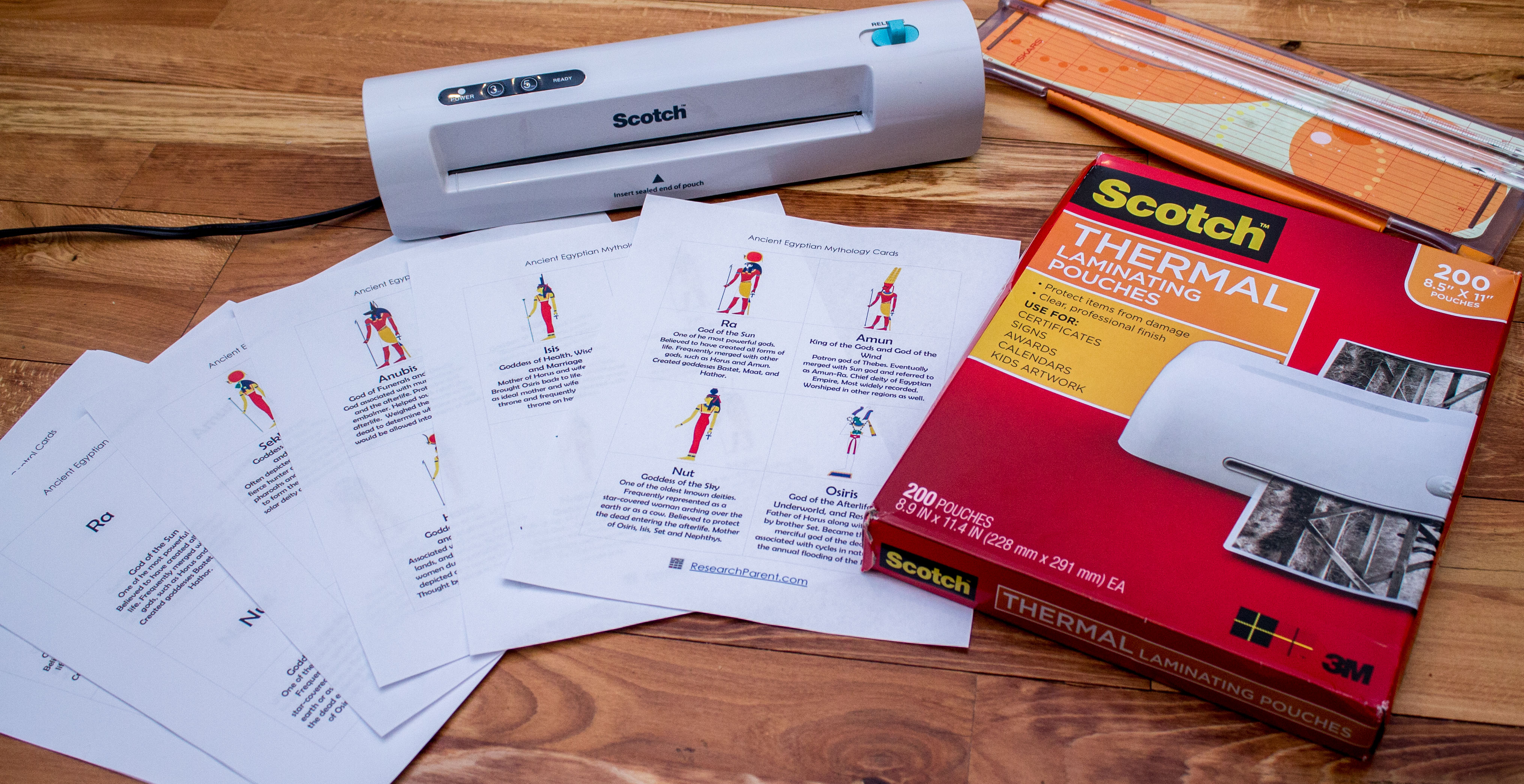 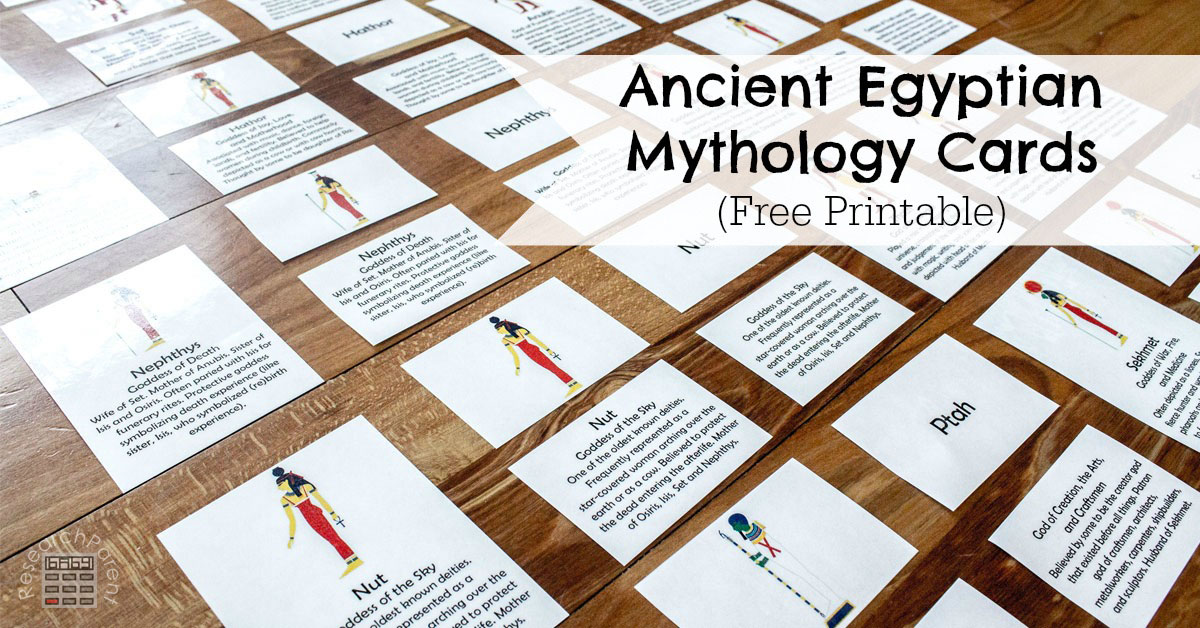