If you happen to have already made a plant cell model and an animal cell model, comparing these two different types of cells is a natural extension activity. I actually recommend making these cell models simultaneously as they have almost the same list of ingredients. Thankfully, doubling the number of cell models does not double the time! 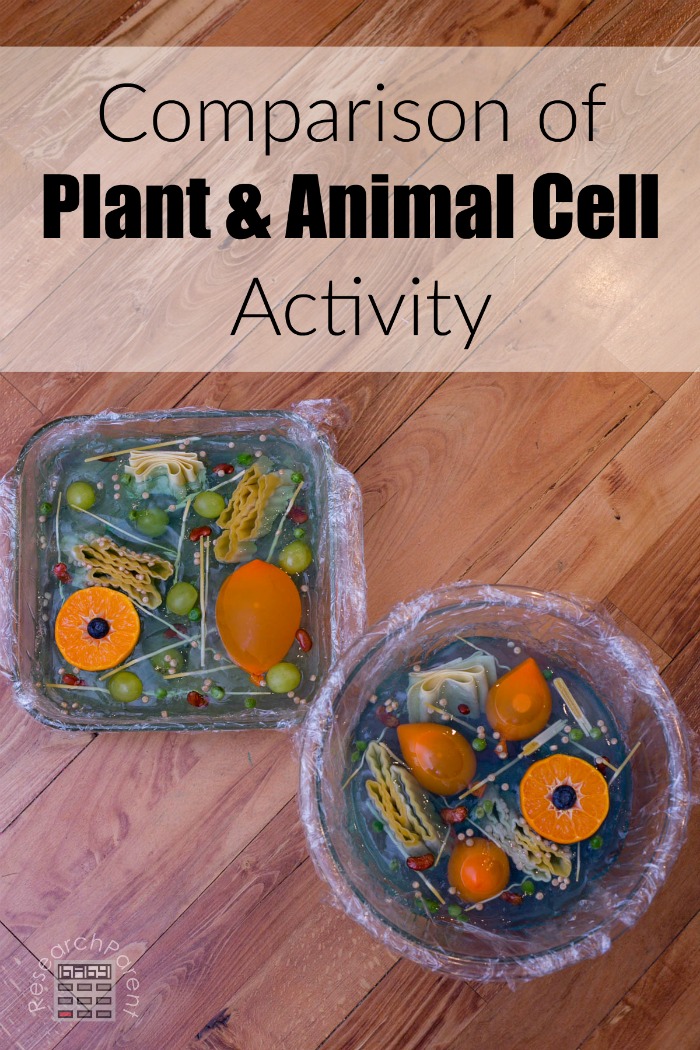 Creating these two different cell models is a great place to begin a conversation to notice the differences. Some are very straightforward, like organelles that are in one cell and not the other. For example, the plant cell has green grapes (i.e. chloroplasts) and the animal cell does not. Also, the plant cell has one large water balloon (i.e. vacuole) and the animal balloon has a few small ones.

Other differences are not as obvious. For example, the animal cell uses a round bowl and the plant cell uses a square dish. This is because plant cells tend to be rectangular and animal cells do not. However, if we could have done this demonstration perfectly, we would have pulled the animal cell out of its round bowl after it solidified. (I tried this when my cell was starting to melt a little bit and was unhappy with the result, so I don’t recommend it. It might have worked better if I had done it right after I pulled it out of the fridge.) This is a distinction you will have to explain to your child verbally, maybe just pulling the model out for a few seconds. You can point out that the plant cell has a cell wall label on the glass container and the animal cell does not. You can explain to the kids that animal cells do not have cell walls. It is the cell wall that gives plant cells their rigid rectangular structure.

If you choose to use my plant and animal cell models, it is important to point out while comparing them that the cytosol is actually clear. I used one drop of food coloring in each of my cells to make it easier to tell them apart. I used green for the plant cell since plants usually appear green. However, in reality, cytosol is actually colorless. To be more realistic, we could have left the gelatin clear. You can use this discussion as an opportunity to explain to kids that it is the chloroplasts that give plants their green color.

Recommended Age Range: Kindergarten, Elementary, Middle School
Time Required: ~30 min (plus the time needed to make the plant and animal cells)
Difficulty: Easy — though making the cell models can be time-consuming and requires space in your fridge.
Cost: Free printable. Under $10 in used supplies. I used primarily things we already had in the pantry and fridge, but I did end up buying a small carton of blueberries and a box of gelatin. I recommend switching out items if necessary to avoid buying things if your family won’t enjoy the leftovers. 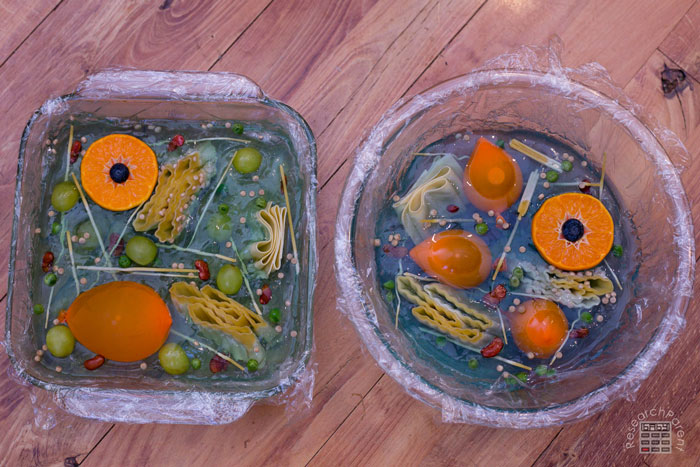 Here are some of the differences they may detect on their own or with your assistance. 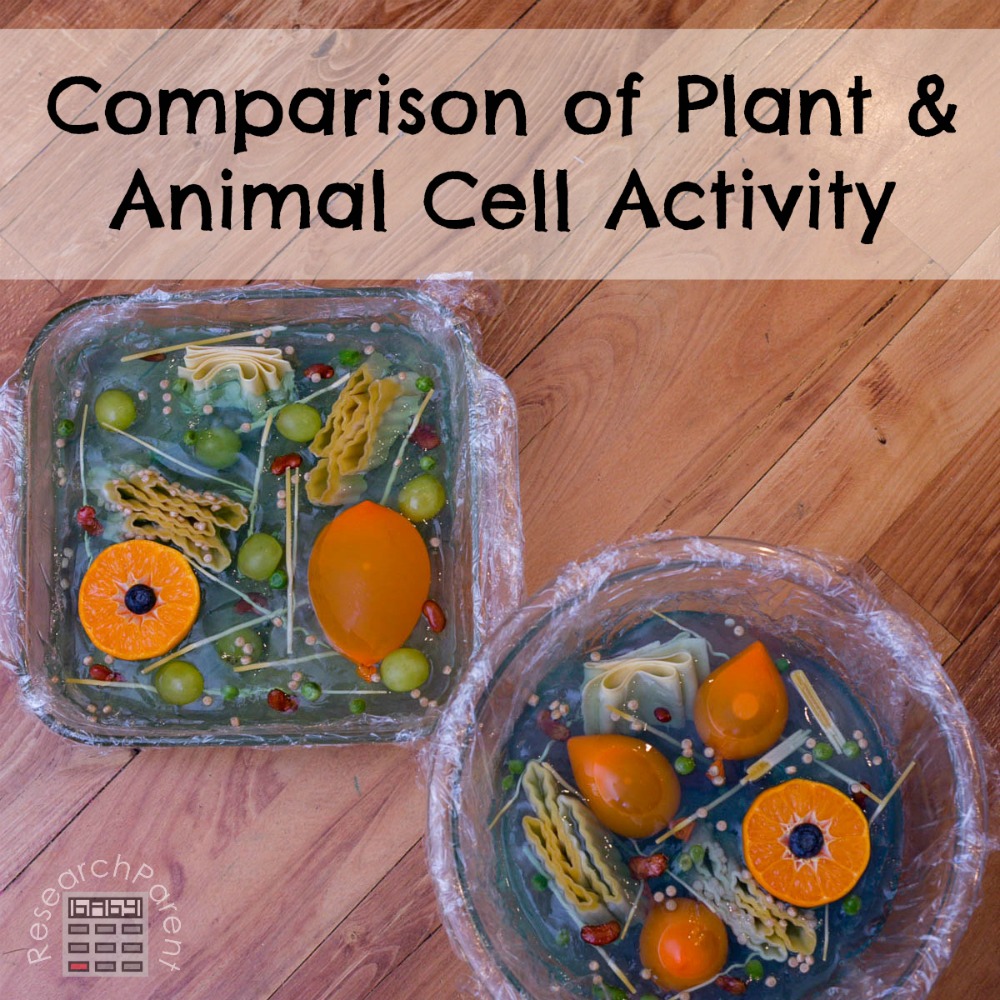 Enjoy your study of plant and animal cells!