My kids are having such a great time learning about ancient history. After spending the past few months on Egypt and Mesopotamia, we recently started on Ancient Greece. (They loved having an excuse to watch the Disney version of Hercules again.) We started off our study of Greece by reading about Ancient Crete in the book The Usborne Encyclopedia of World History (a great book for younger kids). While there is a lot of fun, engaging content about Crete to hold their attention, such as the legend about Zeus turning himself into a bull or the mysterious demise of the civilization, they were particularly fascinated by the story of Theseus and the Minotaur. 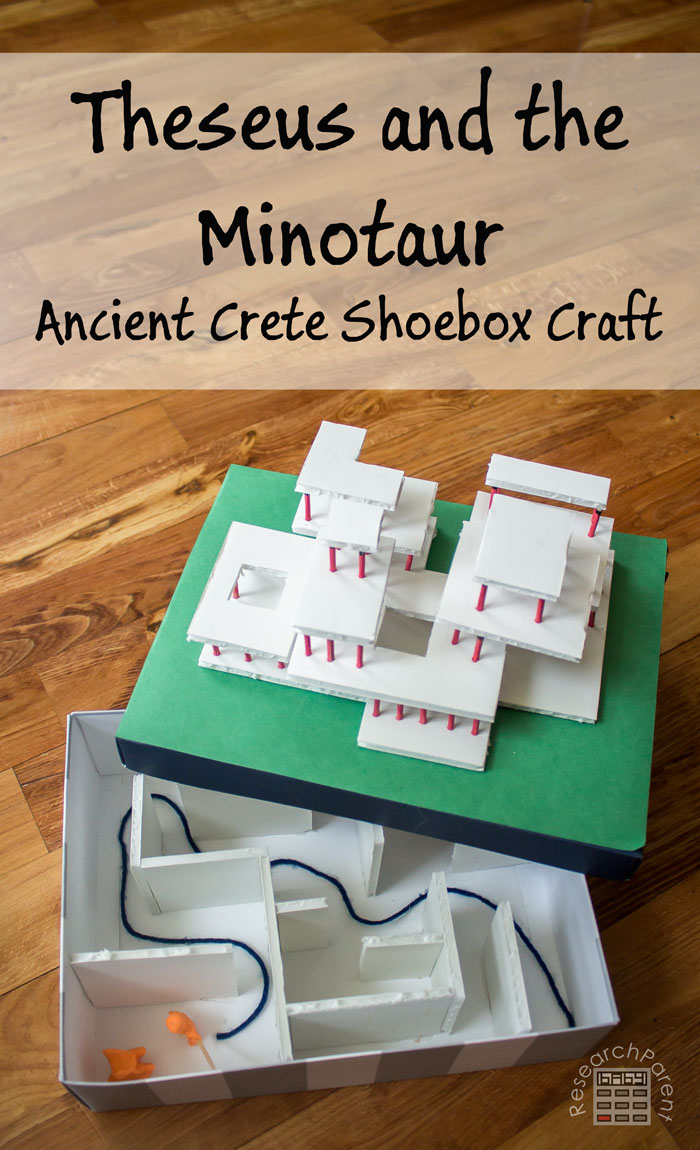 Long story extremely short, the myth tells of an ancient ruler of Crete named King Minos who lived in a palace at Knossos where he kept a creature called the Minotaur with the head of a bull and the body of a man in a maze (labyrinth) underneath his palace. Children from Athens in Ancient Greece were forced to be sent to Crete to be fed to the Minotaur. One day, the king of Athens’ son, Theseus, volunteered to be among the youths sent to Crete. Using some string given to him by the princess of Crete to find his way out of the maze and a sword, he defeated the Minotaur and freed the children of Greece. There are lots of other truly fascinating aspects of the story, such as how the Minotaur came to be, how the hero, Theseus, abandoned the princess of Crete, and how his father King Aegeus jumped into the sea when he thought Theseus was dead (hence, the modern day Aegean Sea).

To learn more about the legend, we read several library books on the subject. My 6 year old’s favorite was The Monster in the Maze: The Story of the Minotaur (out of print, though possibly still available at libraries). It really simplifies the story and is easy to understand for younger kids. He’s asked to have it read at bed time at least 4 nights the past week. My favorite was Ancient Greek Myths: Theseus and the Minotaur which has a wealth of information about all of Greek mythology at all connected to this tale. Even though it is longer and more complex, even my young kids liked this picture book as well.

With 3 young kids, I didn’t want to make anything overly complicated, but I thought this shoebox replica of the palace at Knossos and the labyrinth underneath would be a great, simple way to make a lasting impression and help my kids remember names and terms like: Crete, Athens, Knossos, columns, labyrinth, Theseus, Minotaur, King Minos, and Minoans. Even my almost 2 year old can now remember and say his toddler version of “Theseus” and “Minotaur.”

Note that this post is part of a 4-part set on Ancient Greece. The other posts in the set include:

See my Ancient History page for a list of posts on other cultures such as Mesopotamia, Egypt, and Rome. Sign up for my newsletter to stay up-to-date as this list of free resources grows.

Recommended Age Range: Kindergarten, Elementary
Time Required: ~1-2 hours
Difficulty: Easy (though does require an adult to use the x-acto knife and possibly the hot glue gun).
Cost: We used all materials we already had lying around. Foam board and a pack of skewers are likely a dollar or two each. 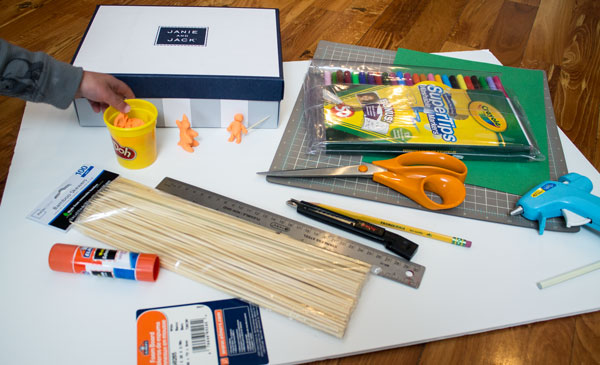 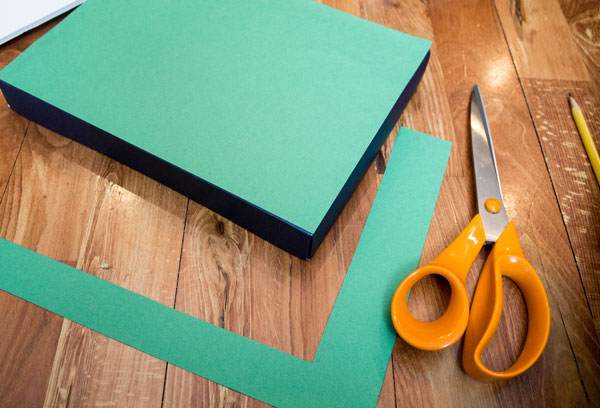 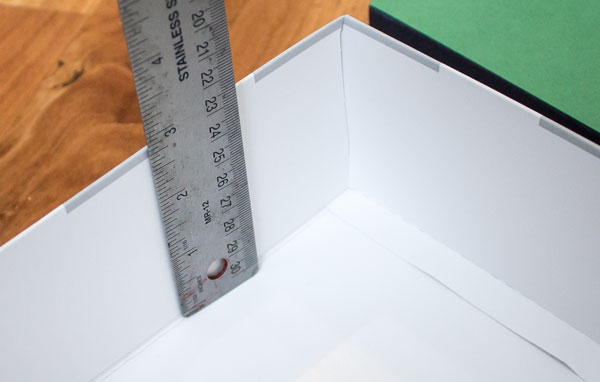 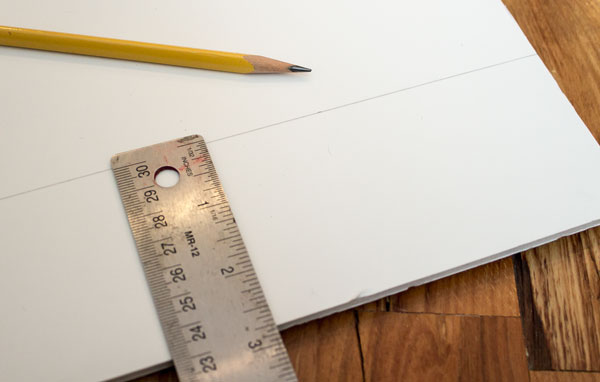 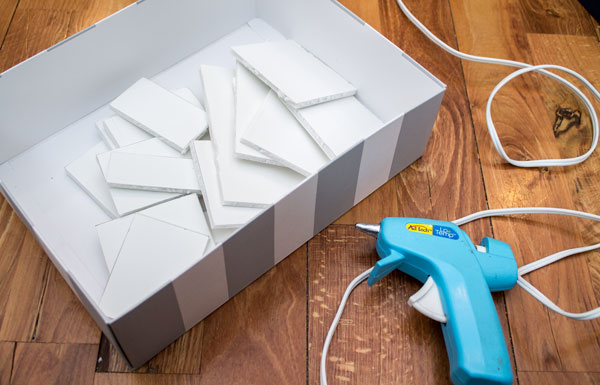 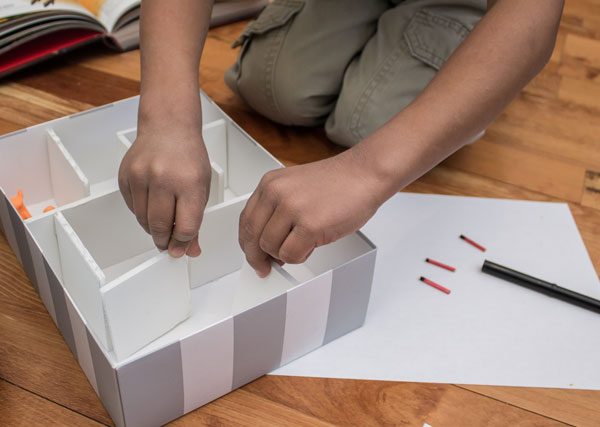 Here’s another view of how ours turned out: 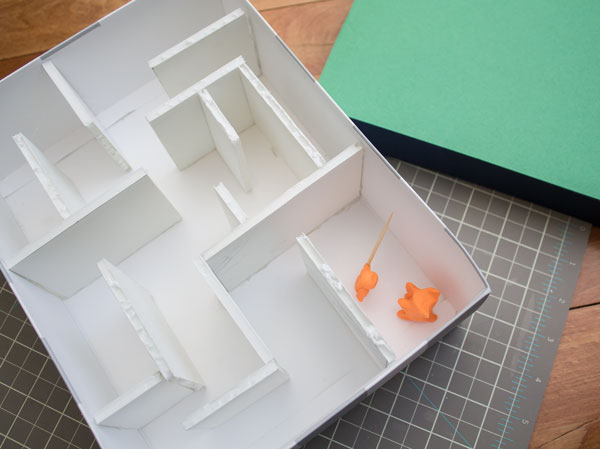 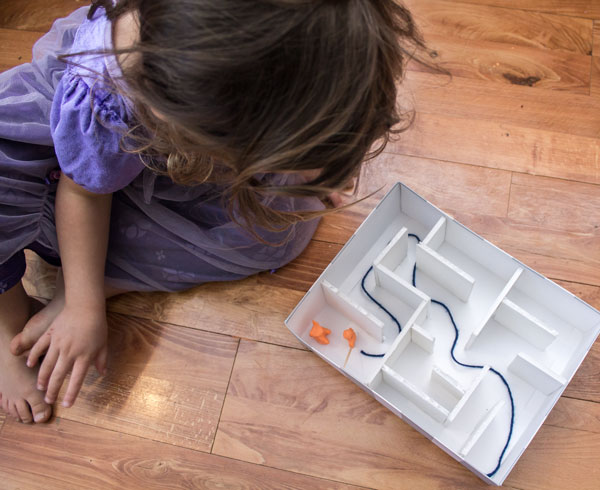 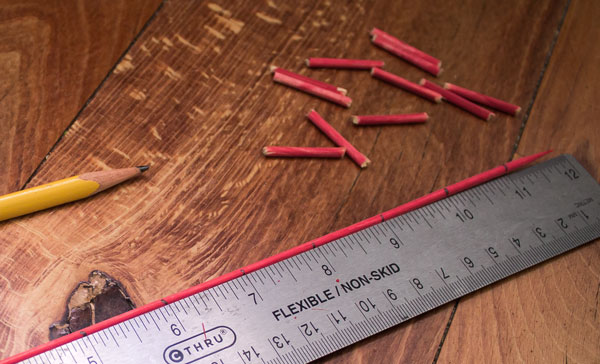 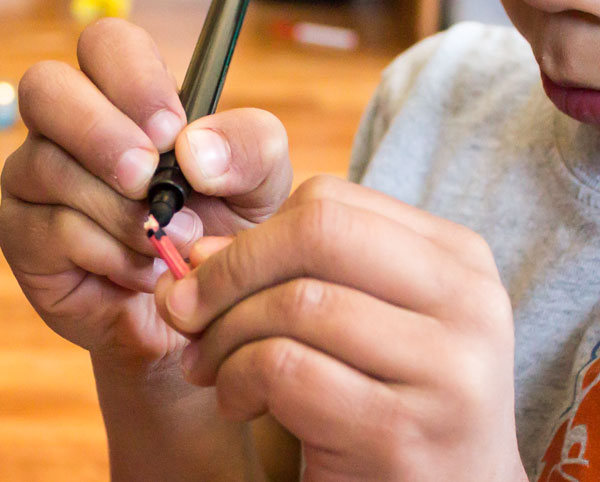 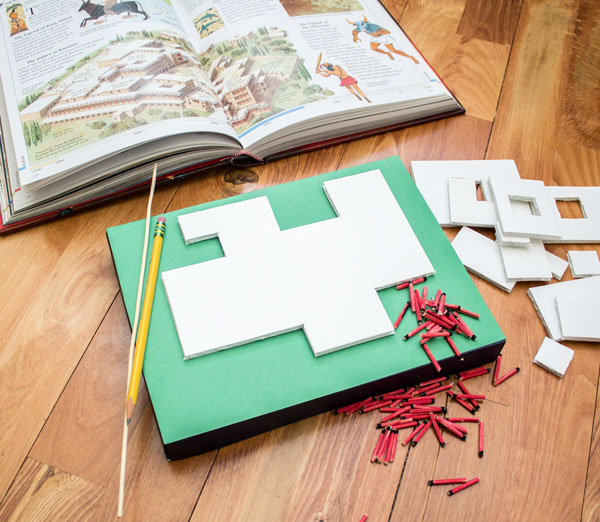 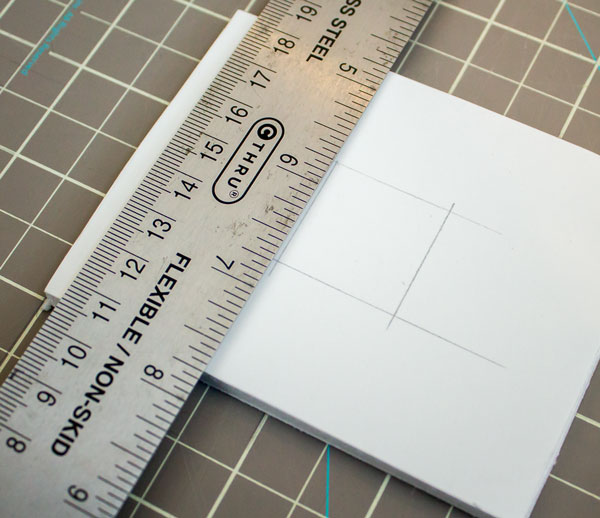 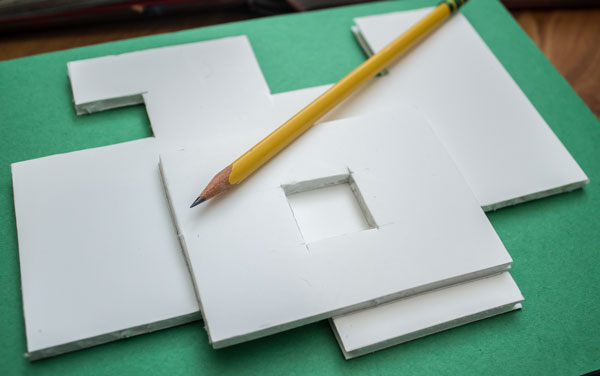 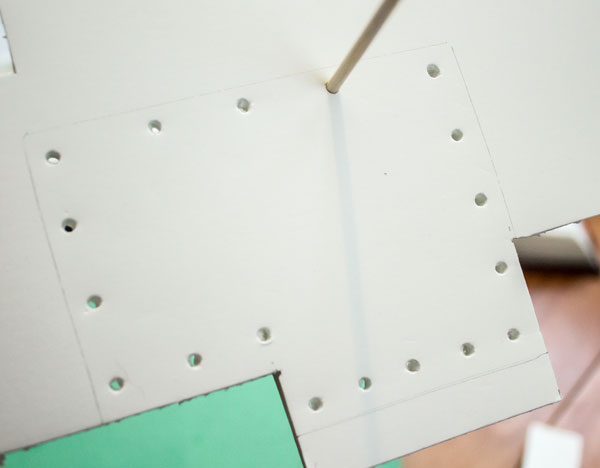 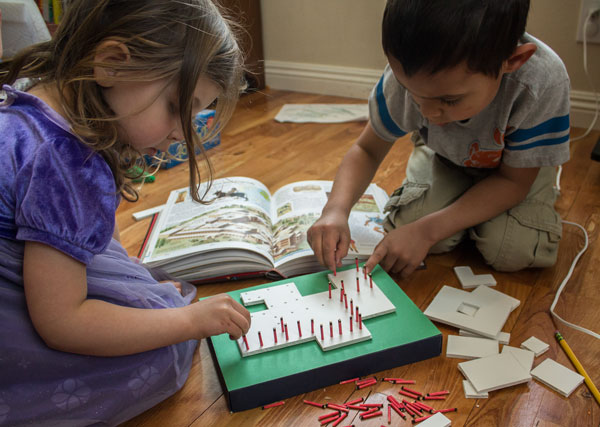 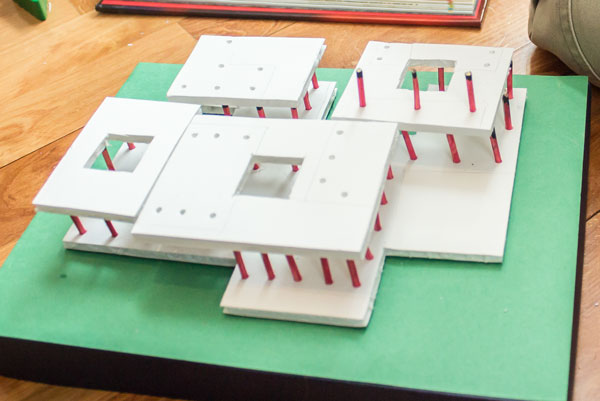 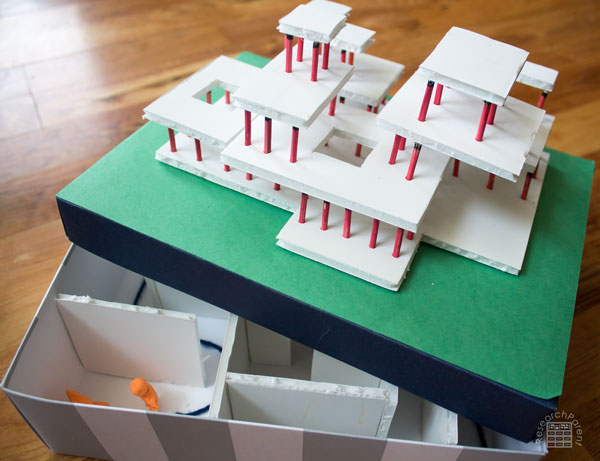 Have fun learning about ancient history! 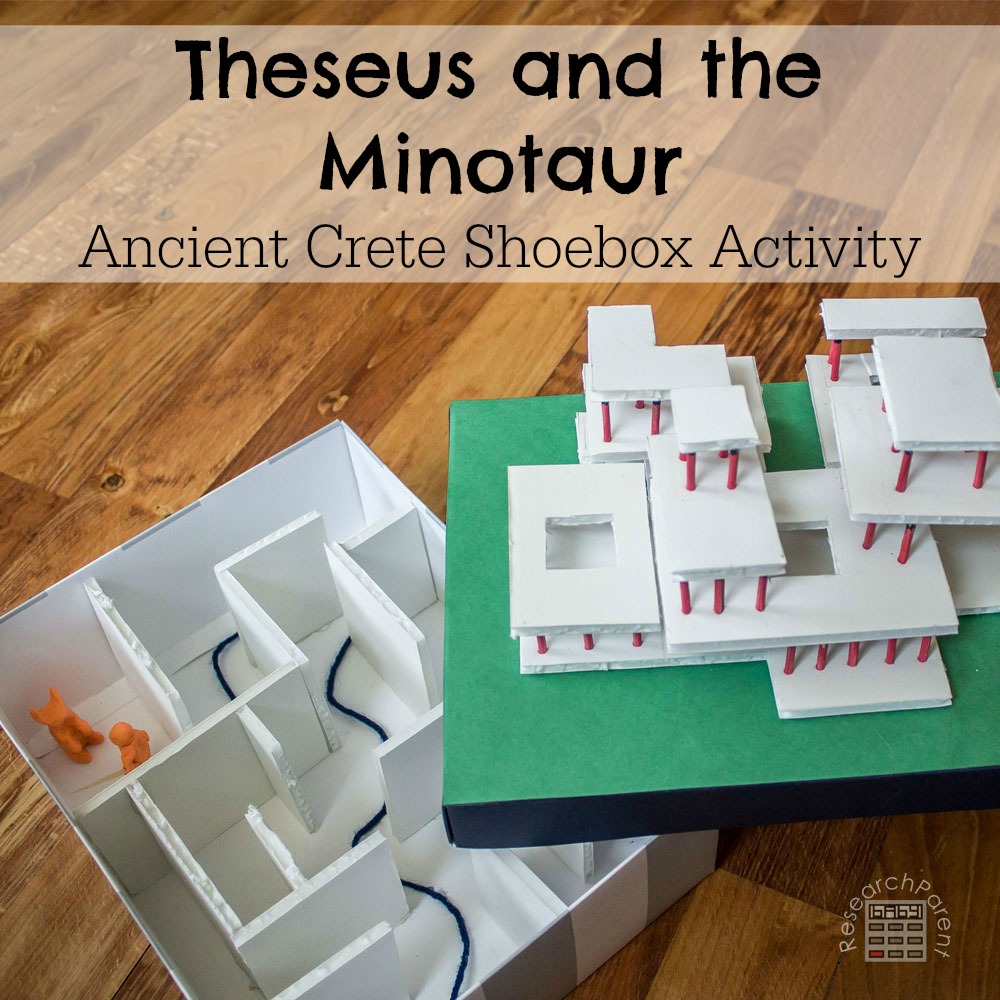