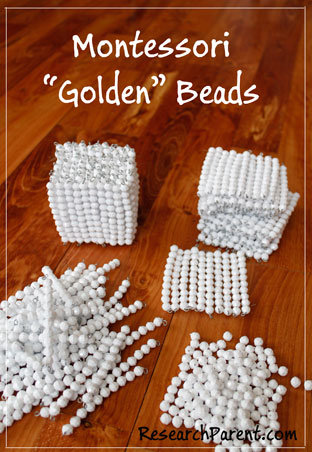 Being such a huge nerd, when I saw the golden bead material at my son’s Montessori school, I immediately wanted my own. They seemed like such a great way to visualize what numbers actually mean. I know they will be extremely useful when my kids are learning more complicated math. However, even now they are really helpful for teaching my oldest (4 years old) to count and recognize written numbers.

I briefly looked into purchasing a set, but that turned out to be cost-prohibitive. Undeterred, I decided to try making my own. Unfortunately, I quickly realized I had two options: pretty or cheap. While I really wanted to use perfectly round, hand-painted, wooden beads, I didn’t want to pay that much. Especially, when I wasn’t even sure how well the whole endeavor would work out. Therefore, I decided to go the cheap route. I bought faceted, plastic, 8 mm beads off Amazon in the least expensive color available at the time.

My husband on the other hand liked the floppy square better saying it was a more interesting object to manipulate. I ended up deciding to go with the floppy squares when my 4 year old squished one of the hundred squares in his hand and asked, “How many is it now?” I was a little surprised it wasn’t obvious to him. However, I was able to convince him that if it was a hundred beads when it was flat, it was still a hundred beads when you folded it in half, or rolled it up, or manipulated it any way you wanted. The floppy squares ended up being more useful conceptually.

Recommended Age Range: Preschool, Kindergarten, Elementary
Time Required: For me, it took about 2 minutes to make one ten bar, 25 minutes to make one hundred square, and about 6 hours to make one thousand cube. Since I made 55 ten bars, 10 hundred squares, and 1 thousand cube, all together this took about 12 hours. Really, I worked on this for about 15 minutes a day or so for a couple months.
Difficulty: Fairly easy, but time-consuming. Tying the fishing line was at times a little challenging in poor lighting since it was so thin and hard to see. However, all the steps became fairly mindless after the first few attempts.
Cost: ~$25 (which made 1 thousand cube, 10 hundred squares, 55 ten bars, and 450 leftover single beads.) I already had the wire cutters and pliers, so all I had to buy was fishing line (~$3), wire (~$5) (neither of which I used anywhere close to all of), and beads. I paid about $18 for 3000 beads. The faceted, 8 mm, plastic beads (Affiliate Link) shown in this post were $5.77 for a 1000 pack on Amazon, though the price fluctuates daily. After I purchased my first pack I had to wait a couple weeks for the price to drop before I bought the remaining 2 packs. (I used camelcamelcamel.com to track the price and be notified when my target price of $6 had been reached.) However, I noticed that our local craft store (Michaels) sold similar beads at $4.49 for 500. With a 40% coupon, this would have been an even better deal. 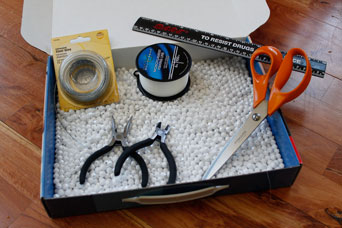 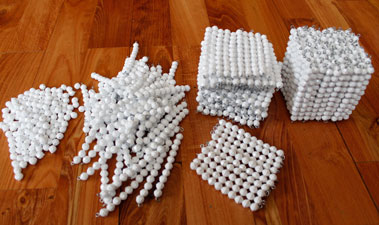 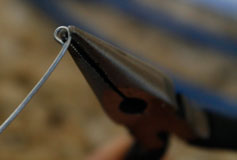 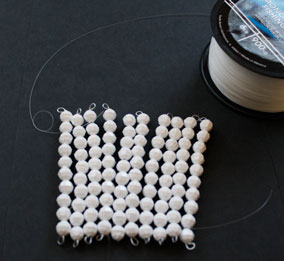 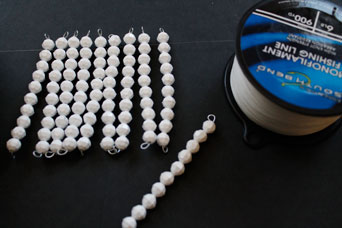 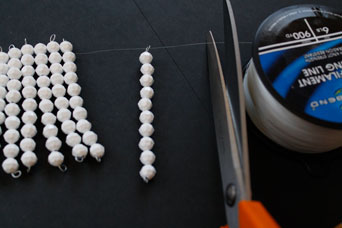 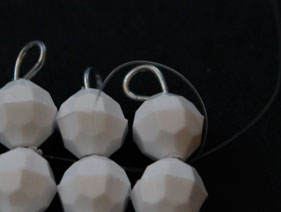 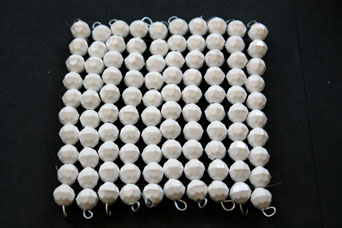 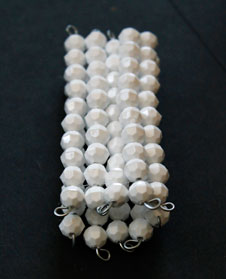 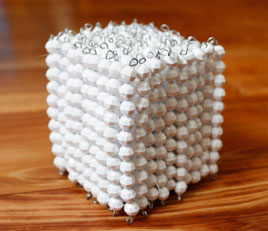 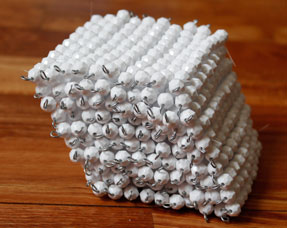 With 3000 beads, you will have enough to make 55 ten bars, 10 hundred squares, 1 thousand cube, and still have 450 beads leftover to use as singles (or use Montessori colored beads instead for the single digits). I chose to make a box to hold my Montessori math material. 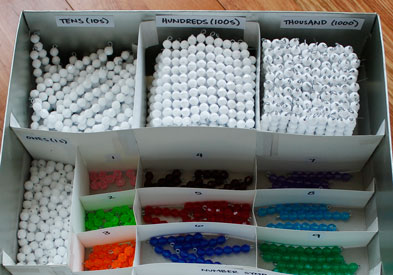 There are lot of ways to use the “Golden” Beads. You can use the 3-period lesson to introduce the concept of a unit, ten, hundred, and thousand. You can ask your child to bring you a certain number to help with counting. You can also combine the beads with other Montessori math material such as the number symbol cards or Seguin boards.