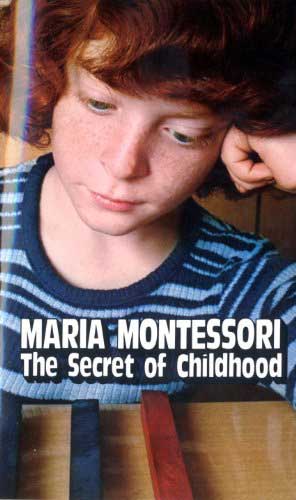 Review: This book was a difficult to read. The original work was written nearly a century ago in Italian. However, I was determined to get through it since my 3 year old son is in a Montessori preschool and according to his teacher, has “difficulty focusing”. I don’t think my son has an attention span problem, but I will believe that he would rather do something once, put it away and do something else than do the same thing over and over as is customary of Montessori students.

Admitting that I’m a biased parent, my belief is that he just hasn’t found anything interesting enough to hold his attention for long periods of time like his teacher expects. However, because I wanted to better understand her expectations, I read this book, which she gave me.

Overall, I think Montessori had a very beautiful view of children and childhood and thought they were deserving of respect, love, understanding, and compassion. This is the one reference I’ve found that actually seems to view my children’s complete inability to sleep as much as normal kids as a positive trait. However, there were a couple passages that I found particularly disturbing.

First, she claims that a short attention span is very common for pampered, wealthy children. She writes:

“Similar incidents and similar difficulties, though to a lesser degree, may be found in the lives of nearly all happy children who have intelligent and loving parents to watch over them. There are spiritual difficulties connected with material prosperity which explain why the words of Christ strike home in every heart: ‘Blessed are the poor in spirit!…Blessed are they who mourn!’(pg. 147)”

She seems to be saying that in some way, the children of wealthy, loving, and intelligent parents are at a disadvantage compared to poor, neglectful, uneducated parents. However, she can’t possibly be advocating neglecting ones children given her sermons on treating kids better. I’m not exactly sure what conclusion she is drawing.

The second disturbing passage is in the chapter on Deviations:

“Experience has shown that normalization causes the disappearance of many childish traits, not only those which are considered to be defects but also others which are generally thought to be virtues. Among the traits that disappear are not only untidiness, disobedience, and instability, but also the so-called ‘creative imagination’, delight in stories, attachment to individuals, play, submissiveness, and so forth. They also include traits which have been scientifically studied and identified in childhood, such as imitation, curiosity, inconstancy, and wavering attention. (pg. 154)”

Am I to understand that if my son’s Montessori education is going well, he will be less creative, imaginative, story-loving, attached, playful, and curious? Because if so, I may need to reconsider this whole Montessori preschool idea. There are aspects of Montessori philosophy that I love (no grading, ability to choose what one learns, etc.), but I still want my child to enjoy his childhood in a child-like, and at times childish, way. Montessori seems to think that he would prefer to be a little adult, and maybe he would (now), but as there is no research about how Montessori kids feel looking back on their childhood, I would rather not pre-emptively take that away from him. He has plenty of time to be an adult. (Personal Rating: 5/10)

Previous Post: « Beyond One: Growing a Family and Getting a Life
Next Post: From One Child to Two »